There’s a lot of confusion out there about animal allergies. We thought it would be a good idea to cover some of the basics in a helpful, straightforward guide! Specifically, we want to talk about how to have pets when you’re allergic to cats or dogs.  Pet allergies aren’t all that uncommon these days. While they used to be something of an oddity, 15% of Americans today are allergic to some kind of animal. Even if you don’t have a specific allergy, you still know the feeling of having lots of pet allergens in your living space. Many non-allergic folks are irritated by dust, dander and hair in the air and in contact with eyes.

What does it actually mean to have a pet allergy?

First, let’s start with the science. Allergic reactions around animals are triggered when you breathe in airborne allergens such as dead skin flakes or dander from your pets. They can also happen when you touch your eyes after petting your animals. The oils from pet fur and skin transfer pretty much everywhere, coating your clothes and getting rubbed on your face or eyes. A person without pet allergies can interact with pets without noticing anything, but anyone who’s allergic will start to have a mild to severe reaction after petting or snuggling with pets.

What exactly is happening here?

Cats and dogs produce certain proteins which individuals with allergies find triggering(protein Fel d I from cats, proteins Can f I and Can f II from dogs). They’re sticky, and you can find them in both saliva and the sweat/oils produced by skin glands. Animals sweat them out to some degree, but they exacerbate the problem by cleaning themselves. When they do that, saliva coats their fur in a thick layer of allergens.

These proteins easily latch onto shed fur and dead skin flakes, so they spread around your house very quickly. Most pet owners walk around covered in allergens all day, because they end up all over your clothes. The smallest fur and dead skin particles end up as airborne dust, which makes you sneeze or irritates your eyes (or worse!).  You can also have an allergic reaction if you come in contact with skin or saliva, then forget to wash your hands. Rubbing your eyes or nose after touching pets is a great example of this. The oils containing the allergens get on your hands, and transfer to parts of your body where they can wreak havoc. Some folks even see skin inflammation where they’ve come in contact with furry friends.

Hypoallergenic animals don’t produce those proteins, do they?

Contrary to popular belief, there’s not actually such a thing as a truly hypoallergenic pet (aside from reptiles). All mammals (i.e. cats, dogs, rabbits and hamsters) produce the basic proteins which cause some of us to have allergic reactions.  However, certain breeds to produce less of it, and others have fur types which help to reduce the spread of allergens. There’s no hard and fast rule about which animals will be least triggering, but those which shed least tend to be the best for folks with allergies. It’s all about finding a genetic makeup and fur type that minimizes the amount of allergens put into the air.

Darker-haired breeds produce the most proteins, as do males and especially un-neutered males.   Some research also suggests that diet can have an effect on the amount of allergen proteins animals produce. The science on that is still fairly shaky, though, so don’t spend exorbitant amounts on special foods that have snazzy marketing behind them.

Sadly, there’s no universal measure of hypoallergenic-ness. Some people will find certain animals more triggering, while others will find the same creatures completely bearable. Having some preliminary knowledge about what breeds of cats or dogs have triggered you in the past will help you figure out which to bring home.  The following breeds are generally easier to tolerate, so look at them if you need a starting point!

Dogs for people with allergies

Bred for hunting, these pooches shed very little dander. They have a wavy fur coat, with no undercoat layer. As a result, they don’t scratch themselves nearly as much as common breeds. They’re middling in size and excellent house pets. Just be sure to give them haircuts fairly regularly.

These little toy dogs don’t shed much at all. They’re also very small, so they’re easy to clean up after. They can be fairly high-maintenance, though, which is true of most toy breeds.

Poodles don’t technically have fur. Unlike most other breeds, they have hair much like humans. The curls in their coat do wonders in preventing allergens from reaching the air, so they’re fantastic for allergy sufferers. Be sure to trim them often, though.

These are low-key alternatives to poodles, and have about the same personality. You could be forgiven for mistaking the two. They look that similar! The biggest difference is the rate at which their coats grow. Portuguese Water Dogs don’t need to be groomed nearly as often as poodles.

You’d think that these would take a lot of maintenance, since their coats are thick and matted. You certainly have to wash them regularly, but the felted texture is actually a boon as far as containing allergens.

Cats for people with allergies

These two breeds both have short, fuzzy coats which don’t shed too much. They’re also pretty low-key, and don’t like to wash themselves often. AKA, they don’t spread allergens much at all!

These are popular choices because they’re bald. People think (somewhat correctly) that hairless cats will be much less likely to trigger allergies. That’s true to some extent. Airborne allergens are much less common with these kitties. You’ll still have to wash hands after petting, though. They also need frequent baths.

Even though these have long, shaggy fur like Siamese, they’re proven to produce much less of the protein than their relations. That’s especially true of their saliva.

Whichever kind of animal you bring into your home, you can do some practical things to lessen your exposure to allergens.  Microscopic allergens, and especially the animal proteins we’ve mentioned, are hitchhikers. They spread by latching onto larger particles (i.e. dander and fur). They can also latch onto any kind of dust or airborne particulate matter that’s in your home. Reducing airborne particles from all sources will help keep the issue under control. With that in mind, most pet owners with allergies find air purifiers helpful. You’ll also need a capable HEPA-grade vacuum. Head to our homepage to find lots of recommendations!

Frequent grooming, especially baths, can help to reduce allergens as well. The more fur you can brush off outside the house, the less they’ll shed indoors! Baths will help disperse the proteins they spread onto their fur, too.  Making sure pets get fish oil supplements and a healthy diet will reduce skin flaking. Since skin flakes are the cause of dander, diet and supplements will do wonders to cut down on it. The glossier and sleeker your pets are, the less triggering they’ll be for you! 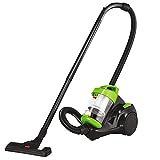